Below are all the books I’m aware of that feature a person of color or indigenous person that also has a disability of some kind.  Not all of these books are recommended.  Some I have not yet read, or have read but not yet reviewed.  Read more about this list and comment with books you suggest I add here.  I update this page as often as I can so keep checking back for new additions.  You can also check out the diverse disabled tag and scroll through the books I’ve reviewed that way.

This Kid Can Fly: It’s About Ability (Not Disability) by Aaron Philip, with Tonya Bolden.

The Memory of Light by Francisco X. Stork.

Books in bold I especially enjoyed.   are very problematic.
Nonfiction is marked with (NF) before the title.

A Wizard Alone by Diane Duane.  African American, autistic.  Another family is Latin@, and another character struggles with situational depression.

The Memory of Light by Francisco X. Stork.  Latina, chronic depression.  Other mental illnesses are also represented with Latin@ characters.  One main character (not disabled) is Indian & Hindu.

Donovan’s Double Trouble by Monalisa DeGross, illustrated by Amy Bates.  African American, amputated legs.  PoV character is able-bodied but his uncle is a main character.  One minor character is an adult Chinese immigrant.

On the Edge of Gone by Corinne Duyvis. Mixed Dutch and Surinamese (African), autistic.  Other main characters include her transgender sister and drug addicted mother.  Minor characters include a wide variety of races, religions, orientations, and disabilities.

.  Spokane Indian (indigenous/Native American) with hydrocephalus, stutter, poor vision, epilepsy, and situational depression.  Alcoholism, chronic depression, and an eating disorder are also present in other characters.  Warnings for homophobic, racist, and ablist slurs, not all of which are challenged.  See this post for why I no longer recommend this book.

A Time to Dance by Padma Venkatraman. Indian, leg amputee.

(NF) The Spirit Catches You and You Fall Down by Anne Fadiman.  Hmong-American, epilepsy and hypoxic ischemic encephalopathy.

You’re Welcome, Universe by Whitney Gardner.  Indian-American, Deaf.  Another character is in recovery from an eating disorder.

American Panda by Gloria Chao.  Taiwanese-American, nearsighted with mysophobia and/or OCD.  Other characters struggle with endometriosis, emphysema.  MC has a positive body image but trigger warnings for negative comments about large bodies/small breasts and slut shaming.

Everything She Lost by Alessandra Harris.  African-American, mental illness.

(NF) Killers of the Flower Moon: The Osage Murders and the Birth of the FBI by David Grann.  Osage (Native American), diabetes, alcoholism, depression in various characters.  TW for both violent and medical murders.

(NF) The Last Black Unicorn by Tiffany Hadish.  African American, mental illness, other disabilities.  From a disability standpoint this book has some serious flaws, yet is willing to discuss topics other books gloss over.  See review for further details.

A Time to Dance by Padma Venkatraman.

I Am Not Your Perfect Mexican Daughter by Erika L. Sanchez. 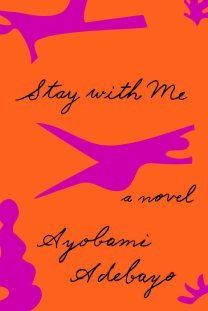 Stay with Me by Ayobami Adebayo.

Killers of the Flower Moon by David Grann.

.  A side character is blind and African American.  Generally not recommended.

(NF) In a Rocket Made of Ice: the Story of Wat Opot, a Visionary Community for Children Growing Up with AIDS by Gail Gutradt.  Cambodian, HIV/AIDs.

I Am Not Your Perfect Mexican Daughter by Erika L. Sanchez.  Mexican-American, depression.  Trigger warnings for self-harm+, see review for more details.

As Brave As You by Jason Reynolds. African American, blind (not the main character but a main part of the story)

Out of My Mind by Sharon Draper.  Race of main character not specified, author is African American.  Cerebral palsy.

Counting by 7s by Holly Goldberg Sloan.  Unspecified race, “brown” girl who is not neurotypical.  Other major characters are Vietnamese, African American, and mixed.

(NF) A Splash of Red: The Life and Art of Horace Pippin by Jen Bryant, illustrated by Melissa Sweet. African-American, paralyzed limb.

(This section is just my notes on other books so it is less organized.  Once I have the book in my hands, it is easier to know specific details.)

(NF) The Reason I Jump: The Inner Voice of a Thirteen-Year-Old Boy with Autism by Naoki Higashida, translated by KA Yoshida and David Mitchell.  Japanese, Autism. Just translated in 2016.  NF but includes his short stories.

Omar’s Adventures (series) by Barbara Ali.  Half-Somali, Down’s Syndrome.  I think this is NF?  The author is from Wisconsin.

The Orange Houses by Paul Griffin.  African American with hearing loss.  Other MC are a refugee and homeless veteran.  Mixed reviews.

Yuko-chan and the Daruma Doll: The Adventures of a Blind Japanese Girl Who Saves Her Village  Nonfiction?

The Thing About Luck – Japanese brother has autism

Feathers by Jacqueline Woodson – African American deaf (brother of MC), another character is biracial in this historical novel.

– “Chinese”, deaf community, blindness.  Not recommended, problematic for both areas.

Four Weeks, Five People by Jennifer Wu.  One of the main characters is Asian-American with OCD and anxiety.  https://www.goodreads.com/review/show/1941186229

What books do you recommend?  Do you know of any that aren’t on my list?

I’m still debating whether to eventually add books like Will Grayson, Will Grayson, which includes a homosexual main character with clinical depression.  For now I am sticking to only PoC/indigenous disabled characters.