“The air turned foggy, and Ash’s sweat turned to ice. He sank to the ground, his body wracked with pain.” page 164

Ash Mistry is the pudgy video-game-loving Indian mythology nerd we never realized we needed to save the world.  Spending the summer with his sister visiting his aunt and uncle, he gets caught up in a strange archaeological dig, which leads to even stranger events. 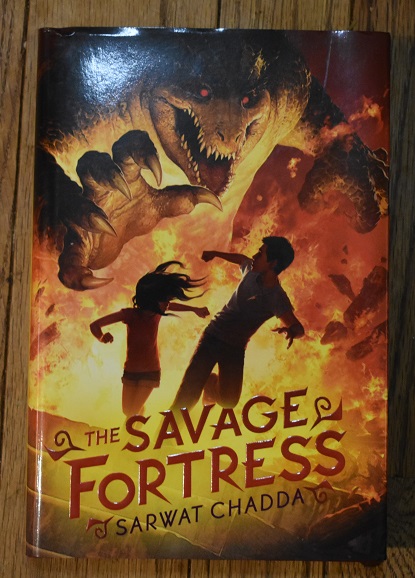 This past year, two debut MG fantasy series drawing from Indian culture have gotten a lot of buzz – Aru Shah in the Rick Riordan imprint, and Scholastic’s Kiranmala Chronicles.  But those series are only releasing about one per year, so what’s a fantasy lover to do in the meantime?  Binge this already-completed trilogy, of course!